Scope and Sequence of Facing History And Ourselves

Having led several professional development workshops for educators in China and abroad, I am not unfamiliar with that special buzz that describes a room full of teachers from different schools who gather over a weekend to make connections, to collaborate and to learn. Such was the buzz in Room 130 in Fudan International School over the sunny weekend of 25-26 March 2017 when Juan Castellanos, Senior Program Associate and Lead Facilitator from Facing History And Ourselves(FHAO) and I led a two-day workshop, Teaching The Holocaust Through Literature. There were close to thirty teachers from schools in the Shanghai, Nanjing, Jiangxi and Wuhan region, and a journalist/filmmaker from as far afield as Beijing. Ms. Kay Yang, Director of School, put it best when she opened her welcome address with the statement, ‘You must all be lifelong learners to give up your weekend to be here with us.’

Lifelong learners at the workshop.

It was gratifying to see familiar faces from last November’s Teaching ‘Salvaged Pages: Young Writers’ Diaries from The Holocaust workshop, veteran practitioners of Facing History’s pedagogy, as well as new faces eager to make the most of the two days that lay in front of us.

The aim of this workshop was, principally, to model literacy strategies through the medium of a difficult period of history delivered within the overarching framework of Facing History’s Scope and Sequence. We didn’t launch straight into the history of the Holocaust, but used “Identity Chart” as a strategy to reflect on who believed we were as individual identities through labels we and others give ourselves - for it is only when we understand what makes us an individual that we can fully comprehend how we define, and behave in, our in-groups and out-groups.

Not surprisingly, participants struggled with the depth of personal introspection that such a strategy demands and, perhaps, broadened their own understanding as they shared reflections in their personal workshop journals with everyone else during “Whip Around” and “Group Debriefs.” That we used content seminal to understanding the Holocaust in the form of diaries and memoirs, documentary footage and music, helped make deep connections between the participants and history.

This set the stage for the introduction of the historical context as well as the content of the Holocaust. Not many in the room were entirely familiar with this dark episode of the twentieth century, either with its immediate substance or its wider significance in the historical narrative. This gave us the opportunity to respond to queries that allowed for what was to follow.

No history is complete without the memory and legacy it leaves behind for future generations to learn from. That is what we dealt with next. We used “Big Paper Activity” as a strategy that hushed the room to the point that you could hear the hum of concentration as each participant moved from table to table to engage in silent conversation with one of Sonia Weitz’s (a Holocaust survivor) poem. Juan and I would not be far from the truth if we claimed that this was, perhaps, the most well received strategy throughout the workshop.

The products of "Text-to-Text, Text-to-World, Text-to-Self".

Thus far the historical content had been emotionally heavy and participants were justifiably well wrought. So, we moved up the Scope and Sequence to Choosing to Participate with witness testimonies of upstanders who chose altruism over self-preservation. A mother willing to trade her baby to save a Jew was a source that struck a raw nerve with both men and women alike in the room.

No learning experience is effective if it is not meaningful, and meaning always comes from context. We concluded our workshop with a reminder of the Jewish people who found refuge in Shanghai as a consequence of Dr. Ho Feng Shan, Consul General in Vienna, issuing visas to Jews from 1938 till he was removed from his post as a result. We owe a special debt of gratitude to Manli Ho, his daughter, for sharing with us a translation of unpublished verse in Dr. Ho’s own words on why he did what he did.

By the end of the workshop, Juan and I knew we had taken a heavy toll on the emotional reserves of the participants. And yet many voiced the need for workshops such as this, where they can genuinely grapple with questions that they are not usually used to addressing in their classrooms: questions that need to be asked but are too often ignored and at great cost.

The communication in and out of the workshop.

And this is where I feel we made the greatest contribution as facilitators: through a range of literacy strategies and primary sources from the Holocaust, we modeled how to create safe spaces for difficult conservations. This is what every educator must do in their classrooms, unafraid of ‘coverage’ but mindful of conversations that need to take place about who we are, who ‘they’ are and how we ought to act when confronted by ‘them’ about our beliefs about who we are.

I’d like to take this opportunity to thank Ms. Chloe Zhang, Ms. Vicky Gong and Ms. Jennifer Lu for their tireless effort in ensuring that participants were well looked after throughout the workshop. I’d also like to thank Ms. Kay Yang, Director of School, for her generous support in hosting Facing History And Ourselves at our ‘325’ campus. A special vote of thanks goes to all participants who came from near and far to attend the workshop. We look forward to hosting you again in the new academic year. 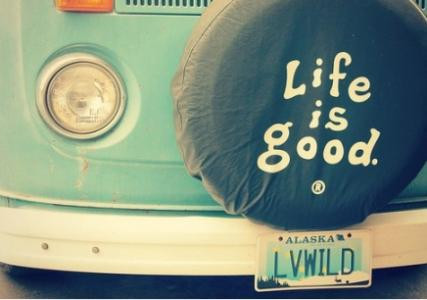